Gamers can dive right in, crank up the settings and expand their gaming with AMD Eyefinity 2.0 technology thanks to the world’s most advanced graphics.2 The AMD Radeon HD 7870 GHz Edition and AMD Radeon HD 7850 GPUs comes equipped with 2GBs of GDDR5 memory and will be available worldwide from add-in-board partners like ASUS, Club 3D, Diamond, Gigabyte, HIS, MSI, Powercolor, Sapphire, VisionTek and XFX via retailers and e-tailers, with select models starting at USD$249 SEP. 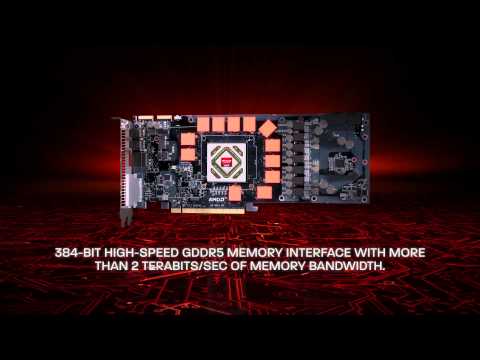 “AMD has launched its full suite of next-generation graphics cards in very short order,” said Robert E. Bellack, CEO, Newegg North America. “With the launch of the AMD Radeon HD 7800 series, we’ll now be able to offer our customers AMD’s full range of 28nm graphics cards, giving them the edge they need when gaming. We’re proud to work with AMD on getting these cards to market.”

The AMD Radeon HD 7800 Series raises the graphics bar by providing gamers an arsenal of tools like AMD PowerTune, AMD Eyefinity 2.0 and AMD CrossFire™ technologies, and 2GBs of GDDR5 memory that empowers them to enjoy the latest games and applications on the market.

“The AMD Radeon HD 7800 series is designed to perform for serious gamers,” said Chance Lyon, Zombie Studios. “‘Blacklight Retribution’ is set to be one of the most visually impressive games of 2012 and AMD’s commitment to pushing the boundaries of graphics technology with its Graphics Core Next Architecture means players will have an optimized ‘Blacklight’ gaming experience when they plug in an AMD Radeon HD 7800 graphics card.”