Achievements are similar to the ones in Guild Wars 1. They are account based long term goals, usually difficult and time consuming. Examples might be Centaur Slayer or accomplishing the
different story arcs in a player’s personal story. There are achievements in every aspect of the game: PvE, PvP, World vs. World, as well as non-combat activities like trading and leisure games. The payoffs are purely cosmetic awards.

Daily achievements are easy to complete and reset every 24 hours. Players are rewarded with achievements points and a chest containing gold and experience orbs. There are a limited number of tiers for each daily achievement that can be completed in an average play session and if enough dailies are completed, a player will unlock an extra bonus chest.

Monthly achievements help to bridge short-term and long-term achievement goals. These are intended to be more difficult and involve many different types of content such as competing in pvp, social activities, completing dungeons, etc. Each tier completed in monthly achievements will net a player gold and experience orbs. Unlike daily achievements these will reset and change to a completely new set of achievements on a monthly basis.

The thief class has had some tweaks made to the stealing ability and some of their skills. Originally when a thief performed steal on an opponent, the weapon pick-pocketed would show up in the F1 key, and hitting that key would put it in your hand for use.

The stolen weapon would also provide several new skills to become available but concern surfaced about too many new skills overwhelming players. So a balance was met where the F1 key would pull out the weapon and only one new powerful skill for that weapon would become available. From this point the player could pull out the weapon, use it, and revert back to the thief’s regular skills.

A prime example given might be stealing a handful of features from a moa, store them, continue using regular skills, then pull out the features and blind a target when the need arises. Another change made now has the first skill for every weapon being replaced with another skill when the thief goes into stealth. This helps show the effectiveness of stealth for the thief versus that of other classes.

Other improvements have been made to combat timing and fine tuning of combat animations. Guild Wars 2 has a smooth animation blending system that allows chain skills to flow smoothly from one to the next–and this smooth blending applies to non-chain skills as well.

It allows for more intuitive swing-time, follow-throughs and overall helps a player anticipate what to expect next when they use a skill. ArenaNet also went through every skill and incorporated new animation breakout timings for skill. This has allowed for a more polished and smooth feel when players transition from one skill to the next and allows for queued skill to behave with improved response time. 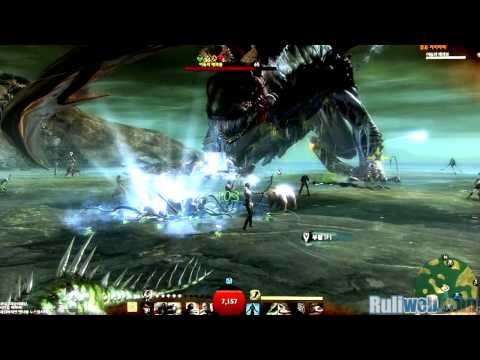