ArenaNet celebrates its 5th anniversary of the release of Guild Wars, and 2012 also marks the 10th anniversary of ArenaNet. To kick things off, ArenaNet has posted a ‘Guild Wars 2 Design Manifesto’ video showing off some of the skilled developers behind the second release due out this year: Guild Wars 2.

In general, ArenaNet is not your typical “MMORPG” company — thankfully! Guild Wars has become a huge success for the company over the years, and while you could not ‘/jump’ within the game, Guild Wars 2 will change every aspect of the game and bring forth what many MMORPG gamers have been longing for: a true Massive Multiplayer Online Role Playing Game. 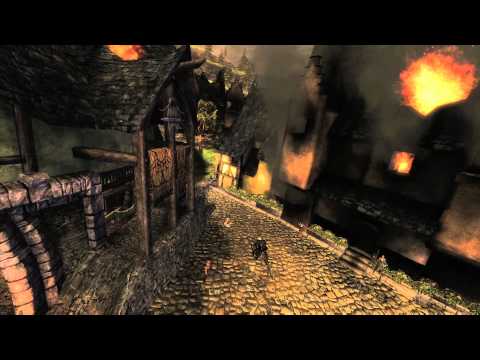 “We founded this company because we wanted to shake up a risk-averse industry, and show that game companies don’t have to just keep making the same games over and over again to be successful. We believe that gamers want to try new things, new experiences, and that they’ll reward the companies who can bring them something new.” ArenaNet said on its blog site. The famed company is trying its best to release a game that players have longed for: end content that doesn’t end.

“Some games mostly tell story through quest text. But we’ve all clicked so many exclamation points and accepted so many quests in our lives that we’re pretty immune to quest text at this point. GW2 tells story by allowing the player to befriend and adventure with key characters, by presenting him with moral dilemmas that will impact the lives of the people around him, and by having him live through world-changing events and all the key moments of the storyline.” — Now that is how I want to MMO. With that — why does ArenaNet understand this and other gaming companies do not?

Guild Wars 2 has been delayed several times and been under development for some time. Thankfully the company is taking its ‘sweet’ time to polish up the game before release — there’s nothing more frustrating than chucking out $60 to find the game content is lack-luster and riddled with bugs upon release.  Hopefully on release day we’re presented with a game developed with love and ‘cuddle’ factors included within the game. (yes, I said ‘cuddle’ factors)

Please take a moment and check out the full story behind the company, the developers and the game here — it’s well worth the read!

MMOs are social games. So why do they sometimes seem to work so hard to punish you for playing with other players? If I’m out hunting and another player walks by, shouldn’t I welcome his help, rather than worrying that he’s going to steal my kills or consume all the mobs I wanted to kill? Or if I want to play with someone, shouldn’t we naturally have the same goals and objectives, rather than discovering that we’re in the same area but working on a different set of quests?

We think of GW2 as the first MMO that actually has a cooperative PvE experience. When I’m out hunting and suddenly there’s a huge explosion over the next hill – the ground is shaking and smoke is pouring into the sky – I’m going to want to investigate, and most other players in the area will too. Or if the sky darkens on a sunny day, and I look up and see a dragon circling overhead preparing to attack, I know I’d better fight or flee, and everyone around me knows that too.

With traditional MMOs you can choose to solo or you can find a good guild or party to play with. With GW2 there’s a third option too: you can just naturally play with all the people around you. I personally spend a big chunk of my time in traditional MMOs soloing, but when I play GW2 I always find myself naturally working with everyone around me to accomplish world objectives, and before long we find ourselves saying, “Hey, there’s a bunch of us here; let’s see if we can take down the swamp boss together,” without ever having bothered to form a party.