EVGA Precision X fans will be happy to know a new version of the famed Precision X got another update. Aside from its slight skin enhancements, which are rather nice, enhance the boost technology for the new GeForce GTX Titan.

Users will be able to adjust the software’s Power Target along with the Temp Target as locked or independently.  EVGA has also added another feature, exclusive to the GTX Titan only, is the Over Voltage which allow the more riskier folks to try and obtain higher overclocks while gaining more control over the video card’s voltage settings. The most notable feature, however, is the ability to overclock your monitor’s refresh rate with its latest version. This allows users to go beyond the standard 60Hz most monitors are locked at. In my testing I was able to go from 60Hz to 66Hz max refresh rating. Because I play all games in Vsync (as I despise screen tearing), I found this to be a very nicely added feature from EVGA crew.

Here is the full list of changes in PrecisionX 4.0 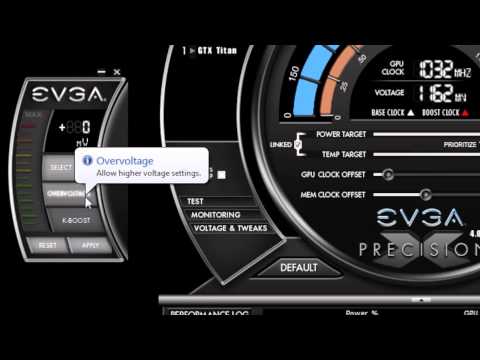