I had to laugh at Conan’s attempt to slap humor on the fact that Atari is filing bankruptcy, but that got me thinking. Today’s games are really just ‘ok’ on the fun factor. It seems we went from a great pride into developing a game to “it’s good enough, just release it”. Guild Wars 2 is a great game, but lacks some fancy aesthetics in the options menu for video quality and World of Warcraft hasn’t seen a new pixel since the Reagan administration — ok that’s a bit far back but you get the point.

Most gaming developers laugh at the idea of placing AntiAliasing into their games today stating that most people don’t notice a difference and slap FXAA into the options and call it a night. Games like Guild Wars 2 is among the many games that chalked it up to dumbed down AntiAliasing features — however characters that run through bushes and grass within the game actually move the grass and other plant life when walking by the vegetation. (but people don’t care about that stuff I thought?) Every game will soon have the same graphics as Minecraft — yes Minecraft does not have AntiAliasing either.

The younger generation doesn’t care much for quality in today’s games and much of that is due to the fact they didn’t grow up with 8bit games like those who grew up in the 70′s and 80′s. Face it: we’re not getting any younger. What I played then I hated and wanted what we have today back then.

Anyway, I could go on for days complaining about how lazy gaming developers are these days. They’re placed on deadlines where quality is the least of the worries. Oh, and Atari is filing for bankruptcy. 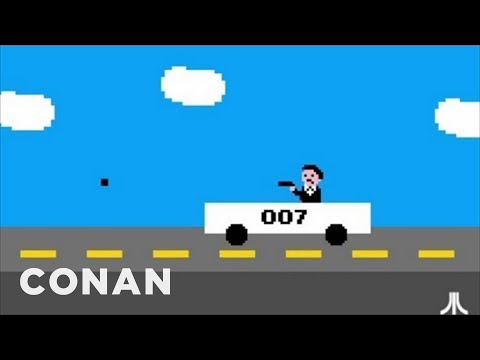