The folks over at Tinhte.vn have unboxed the iPad 3 and jump into some of the great features found on the new iPad from Apple. We have done a raw translation of the post — so pardon the grammar below. The video shows off the iPad 3 16GB (4G) white model. 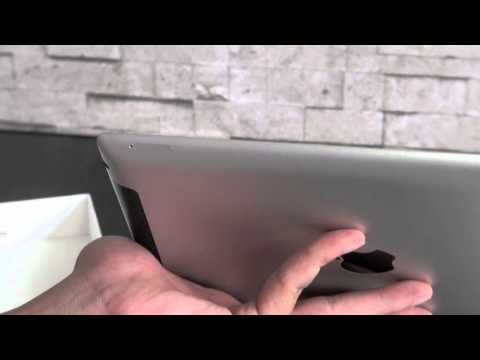 This weekend the new Apple iPad start communicating 3rd generation machine to the user but now I have this product on hand thanks to the help of brothers in www.muabaniphone.vn.

iPad 3rd generation has pretty much improved features compared with the iPad 2 and appears common in Vietnam for $ 13.680 million from the 7th week. A special feature of the new iPad is that you will not care to version operators in Vietnam because your AT & T and Verizon have 3G of us. feeling held iPad 3rd generation is great, machine is very solid as the iPad 2 but is somewhat heavier and thicker than a bit.

Really do not know if it’s difficult for you to feel very small changes. Biggest difference is the design on the back of your camera slightly larger than the iPad 2 due to large sensor and lens structure also changed. In general, third-generation iPad would make those who want a radical change in design is unsatisfactory but it is still very beautiful at this time. Not much difference in design, you will distinguish iPad 3rd generation with iPad 2 due to the high resolution 4 times iPad 2, to 2048×1536 pixels, that is, always has 3.1 million pixels displayed on your iPad with 1 at.

High resolution than Full HD 1920×1080 screen makes images on iPad 2012 really smooth. In the past, users have phones like the iPhone screen definition 4/4S often feel uncomfortable when looking at the screen iPad 2 because it is quite clear, that feeling has disappeared on the new iPad. than the change in screen, iPad 2012 will also be upgraded to A5X processor chips from the previous A5. The chip is a prerequisite for iPad smoother operation in 2012 because it has up to 4 graphics cores which Apple is stronger than the nVidia Tegra chip 3. Tinhte.vn iPad will continue testing in 2012 and referred to in the article.